We will have an additional performance!

After gaining interest in minimal music in his student days, Joe Hisaishi started his career as a contemporary composer.Over the last 30 years, he has been well known to have composed for many film scores; he has also been touring as a conductor in the last year.However, During this time, he has also continued to compose minimal music, the music which started his love for composition.
In 2014, Hisaishi started his extremely unique concert series ‘MUSIC FUTURE’ where he personally hand selects the repertoire in hopes of introducing new composers to the Japanese public.
The first of the concert series, ‘Vol.1’ in 2014 saw him introduce the works of Arvo Part and Henryk Gorecki as well as two of his new minimalistic compositions.He also performed music by Nico Muhly, a renowned post-classical composer – A genre seemingly popular with the younger generation in recent days. In ‘Vol.2’ (2015) he performed Steve Reich’s ‘Octet’, John Adams’ ‘Chamber Symphony’ and his own work, this time with largely monophonic features, including ‘Single Track Music 1 for 4 Saxophones & Percussion’ and ‘Chamber Symphony’ for six-string electric violin.‘Vol.3’ (2016) included a programme of works by Pulitzer Prize winner, David Lang and ‘Chamber Symphony No. 1 in E major, Op. 9’ by Austrian composer Arnold Schoenberg. ‘Vol.4’ (2017) introduced Gabriel Prokofiev’s ‘String Quartet No. 2’ and Hisaishi’s own composition ‘Chamber Symphony No. 2 – The Black Fireworks’ performed on Bandoneon by Kazuma Miura.‘Vol.5’(2018) he invited soloists Maya Beiser (cello) and Molly Netter (soprano). In this year, he also joined forces with his great friend David Lang which saw him perform not only in Tokyo but also in New York. And last year saw the 6th of the concert series: ‘Vol.6’(2019) where he welcomed the world-renowned piano duo, Maki Namekawa and Dennis Russell Davies. He also performed his own compositions again and Philip Glass’‘Piano Sonata’ which created a huge buzz in Japan. In Vol.8(2020) , he introduced a piece by Nico Muhly who couldn’t come to Japan due to the influence of the pandemic.”Vol.8″ in 2021 introduced pieces such as Bryce Dessner and Lepo Sumera.Be sure not to miss the 9th of these amazing, ever-evolving concert series‘MUSIC FUTURE’going ahead this year!

We have stopped accepting applications of ”Young Composer’s Competition”.
Thank you for your application. Introducing works that have passed the first screening. Link→
The award-winning work will be performed in “Music Future Vol.9”.(2022.10.26,27)
Application requirements
Application form 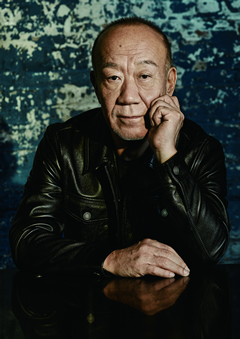